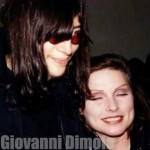 From Pretty Broken Punks on Live @nd InConcert: “Optimism was in the air. We got a team of companies together, and put together one randy-dandy network of computers and engineers for one show, the likes of which the world had never seen. We gave the event a name: Live @nd InConcert. got Schmidt, who got Debbie and Don over to the crappy little internet company. She signed on to do the show. Then Schmidt got the Lunachicks and Joan Jett. Of course, Patrick was ready with Psychotica before we even got the ink dry on the proposals — which were easy, no money, just cool.

I was beside myself. I literally thought we were going to change the world and make our little corner of the society a global reality. I believed that people — you, me, us kind of people — could, for once, have their own way of getting out. Fuck the big conglomerates. Fuck the boardrooms full of record execs who sit in their fat chairs with their fat desks covered in pictures of their spoiled fat kids. Most of all fuck MTV and its faux pop culture — in my opinion all we were getting from them was a new and improved blackface Al Jolson show. Sad. Plenty of black, white and purple musicians, poets and writers were out there who actually had talent. I wanted to cut some of the middlemen and actually reach people. 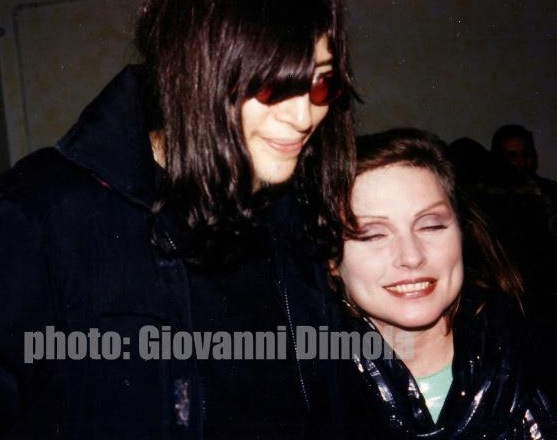 Sun Microsystems, Real Audio and companies from DC to LA signed up — refreshingly professional in the face of the ‘cons’ — and on January 6th, 1996 we shook, or more like, precociously pissed off, the online entertainment world. This was what I called fun. And on the night, one hour before, it didn’t work. Well, the computers worked. The people manning their stations in Washington worked. The network seemed to work. The microwave dish connecting the club to the office — the only link to put it out on the net — wasn’t working. I held the show, and decided if we’d waited for Green Day ‘til 5AM, The New York Times, CNN and Washington Post could wait too. The club was packed to the rafters, everyone a bit calmer than usual, checking out all the equipment, watching the geeks run around. The show had sold out in a matter of days. We all had press badges and walkie talkies, like a real gig. It only took about a few minutes and a few trips of me running back to the offices on Hudson Street and back down to the club to figure out and correct an encoding error on the main distribution computer. God bless the geeks — it’s a love hate thing, like all good affairs.” 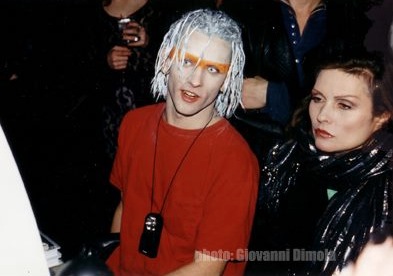 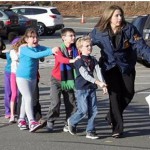 PBP: Guns are in the Air…

From Pretty Broken Punks, Squeezebox! at gunpoint: “Schisk-schisk. Gary and I turned around and stared up past the sights and the shiny barrel of a shotgun. I don’t know what is supposed to go through your mind at gunpoint. This is it? No music? No shrill sound of an orchestra? No. It’s how you know the shit is really happening.”

Yes, I’ve had a gun shoved in my face at Squeezebox!, by an insane, high as a loon freak (actually son of a high ranking NYPD official) because Tommy wouldn’t serve him a drink after closing.

imho: get in your kids’ business; lock up the guns; take the TVs out of their rooms; throw the mobile phones in the nearest lake; reclaim some of this… 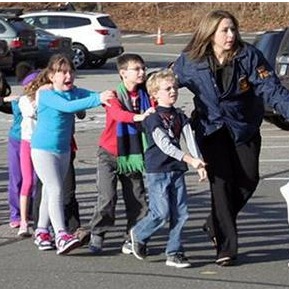 In response to the Newtown massacre — £1 from every sale through the holidays goes to GUN CONTROL in the US. THEY WERE CHILDREN FOR CHRISSAKES.

Read more • Comments Off on PBP: Guns are in the Air…

By m@rtinluther in Static Posts

“A superb memoir about coming of age in the bright haze of NYC’s demimonde . . . Belk writes with great candor and intelligence about his time and one cannot help but admire the searching young man who emerges in these pages.” –JUNOT DIAZ . 3 May 2011, Pulitzer Prize Winner, author of The Brief . Wondrous Life of Oscar Wao & Drown

“Belk reveals a Beaudelarian sense of the city and a profound and burgeoning poetic power and sensibility. He may not know this–I’m telling him. Pretty? Perhaps. Broken? No more. Poet? Indeed. We will read much more from this writer.” –LORD GAWAIN DOUGLAS (great-nephew of Lord Alfred Douglas, Oscar Wilde’s ‘Bosie’) 6 June 2012, author of Fortuna

Read more • Comments Off on ORDER YOURS NOW! 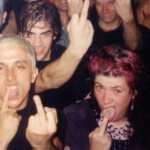 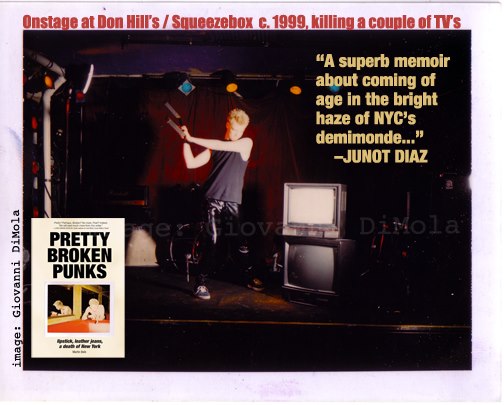 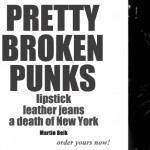